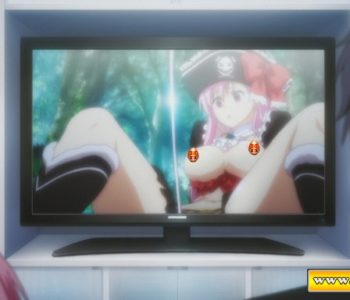 In episode 5 there is a TV show being watched by the main characters which features characters from popular ecchi anime, Queens Blade: Rebellion.

In episode 5 of Aesthetica of a Rogue Hero, Myuu, goes to show off her new pajamas to Akatsuki and tries to play it off after he compliments her by saying she actually came into the room to watch a new show that was supposed to air on TV that night.

However, the show she turns to is actually an Omake (short OVA) from the popular ecchi series, Queens Blade: Rebellion titled, “Queen’s Blade Rebellion vs. Hagure Yuusha no Aesthetica”.

After seeing Branwen and Liliana fall to an unseen opponent (Akatsuki) Myuu quickly turns the television off after a few comments from Akatsuki assuring her that it’s perfectly normal for her to be interested in such a perverse Television show. 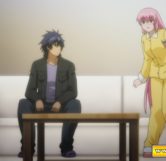 Myuu About to Watch TV 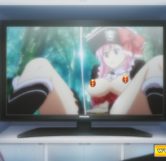 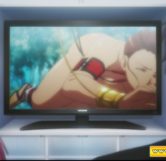 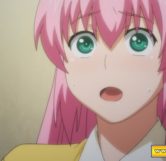