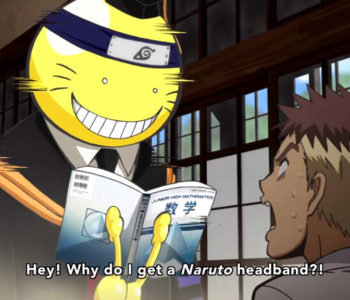 This easter egg can be seen in the 6th episode of season 1, titled, "Test Time".

During the scene where Koro-sensei begins tutoring the class using his super speed in order to get them ready for mid-terms, Ryoma notices and mentions the fact that Koro-sensei switches headbands for each subject he’s tutoring.

This is immediately followed by Koro-sensei appearing in front of him wearing not only a Naruto headband, but whiskers too, similar to those on Naruto’s face, which Ryoma recognizes and gets agitated over. He then exclaims, “Hey! Why do I get a Naruto headband?!” (subbed) or “Give me a break man, Naruto’s not even on the test!” (dubbed), showing that hes clearly aware of who Naruto is in their universe. 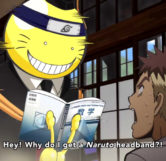 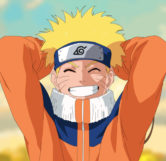