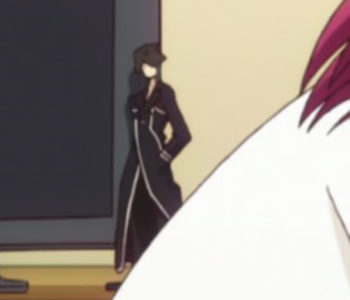 This easter egg can be found in Episode 5 titled, "Sensitive Age".

After Tomoyo wins the first round for the author award Andou proposes that they go out to celebrate, just the two of them, at a local restaurant. In the scene immediately following this one we see Tomoyo panicking as she attempts to put together an outfit for the upcoming “date”. Very briefly in the background after Tomoyo falls to her knees you can see her television with a figurine of Kirito from Sword Art Online sitting to the right of it.

Unlike the Guts figurine found later on in the season in that same spot, the Kirito figurine doesn’t seem to be a reference to any sort of real life model, nor is it related to any famous artwork for the series. 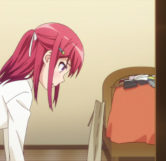 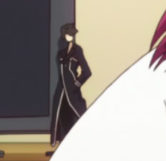 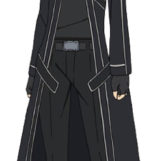