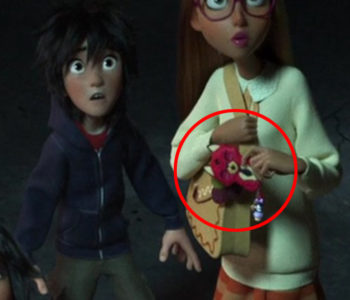 When Hiro and Baymax are at the docks getting ready to attack Yokai, the crew pulls up behind them in a car, which ultimately leads to Yokai finding them and attacking. After Yokai finds them, everyone freezes and stares at him while Honey slowly pulls up her phone and takes a picture of the villain.

If you look close enough you’ll notice that Honey’s phone case, which is in the shape of a fox with a tie on is actually Nick Wilde, the fox from Zootopia.

Thanks to Disney’s official blog, OhMyDisney, we have confirmation that this is no mere coincidence. After noticing the easter egg the blog reached out to Scott Watanabe, the art director for Big Hero 6, who confirmed that we are infact seeing Nick Wilde, and not just some random fox.

According to the interview, Honey Lemon’s phone case was originally supposed to be in the shape of a bear in order to reference the “Honey” aspect of her name, but after looking around, they decided against the design because there were too many similar phone cases already created. So after some brainstorming and consideration of other animals, Scott decided on Nick Wilde from the then in production, Zootopia.

This is actually a long standing tradition with both Disney and their subsidiary, Pixar where both studios have a habit of including characters from upcoming movies in their current movies. Examples of this include Moana in Zootopia, and numerous Nemo cameos in Monsters, Inc. 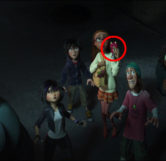 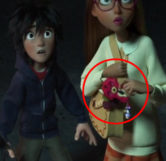 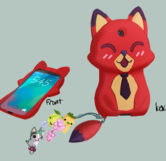 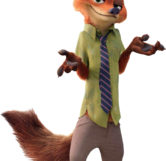