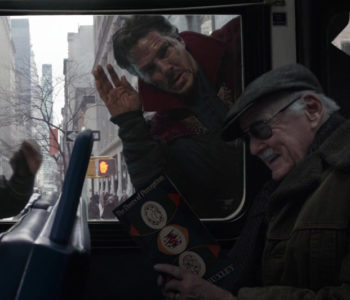 This easter egg appears in all versions of the movie. Stan Lee's appearance is part of an on-going series of easter eggs where he appears in Marvel movies whose characters he likes.

During the scene where Doctor Strange and Karl Mordo are running from Kaecilius through the city, Doctor Strange tries to create a portal in order to flee, but Kaecilius turns the world sideways sending the Dr and Karl flying into the side of a bus.

When they hit the bus the camera shows them up against the buses window with Stan Lee inside. Stan Lee is seen reading a book titled, “The Doors of Perception” and laughing stating, “That’s hilarious!”.

Stan Lee’s laughing at this book in particular is meant as a reference to earlier on in the film when Dr. Strange thought magic was non-sense and essentially laughed it off. The book, which is an actual book in real life written by Aldous Huxley, is about the authors experience with drugs and how it changed his perception of the world around him, much like the “Mirror World” Strange and his partner finds themselves in during the scene. Stan Lee’s character then takes on the role of the skeptic who has yet to have his eyes opened. 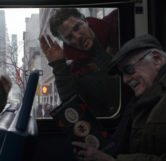 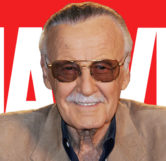