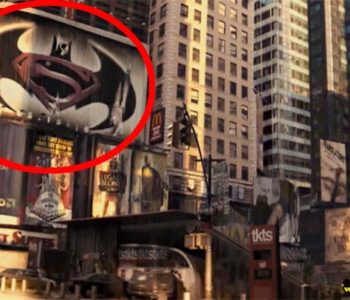 Batman Vs Superman Logo (I Am Legend)

During the scene in Time Square where Robert (Will Smith) and Sam, his dog are hunting deer through the city we see both fake and real movie posters on the buildings of Time Square. One of these posters is Batman vs. Superman.

During the scene in Time Square where Robert (Will Smith) and his dog, Sam are hunting deer through the city we see a number of both fake and real movie posters on the buildings in the background with one in particular standing out over the rest. Batman Vs Superman!

Since the release of I Am Legend and once word got out about the much awaited logo appearing on screen, fans have been waiting for the release of what they assumed was an incoming Batman vs Superman movie in the near future. It turns out though, seeing as how we’re now in 2015 (time of this article), that this easter egg was laid a little too soon since Batman Vs Superman isn’t scheduled until mid-2016, almost 9 years after I Am Legend hit theaters.

There is an explanation for this however. During an interview with Francis Lawrence, the director of I Am Legend, it was revealed that the decision to put the Batman Vs Superman logo into I Am Legend was triggered when the writer for I Am Legend, Akiva Goldsman, had actually begun writing an early, early draft of Batman vs Superman (titled: Batman Vs Superman Asylum) that would later be scrapped by the production studio.

And for those of you who are curious as to how this ‘legend’-ary (sorry) movie was meant to go you can read Akiva’s original screenplay HERE. Enjoy 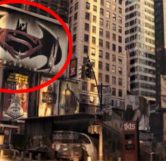 Batman Vs Superman Logo (I Am Legend) 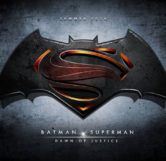