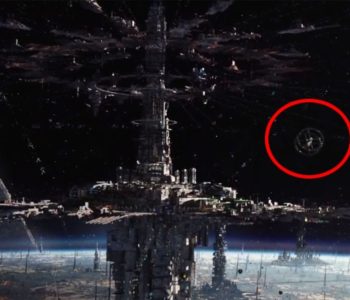 As Jupiter is arriving at the Hall of Titles, Space Station V from Stanley Kubrick movie, 2001: A Space Odyssey can be faintly seen in the distance.

When Jupiter Jones (Mila Kunis) is in route to the Hall of Titles, after a long and rather awkwardly ending conversation with Caine (Channing Tatum) she makes her way to the ships bridge just in time to catch a glimpse of the planet Orous, which is a planet surrounded by space stations.

As the scene continues on, one space station in particular may catch your glimpse. Off to the right of planet Orous, shown right before the scene where we’re introduced to Bob, viewers can see a “tiny” space station in the planets orbit. Turns out this is no regular space station, but is actually the Space Station V from Stanley Kubrick’s, “2001: A Space Odyssey” movie.

Space Station V, for those who don’t remember, or haven’t seen 2001, is the largest space station ever built in the 2001: A Space Odyssey universe, and is used as a transfer point from Earth to the moon and other planets. 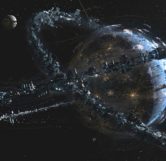 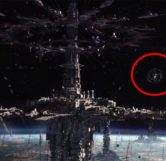 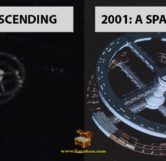