Numerous hidden mickeys appear throughout the movie in the form of household objects, glyphs and more. 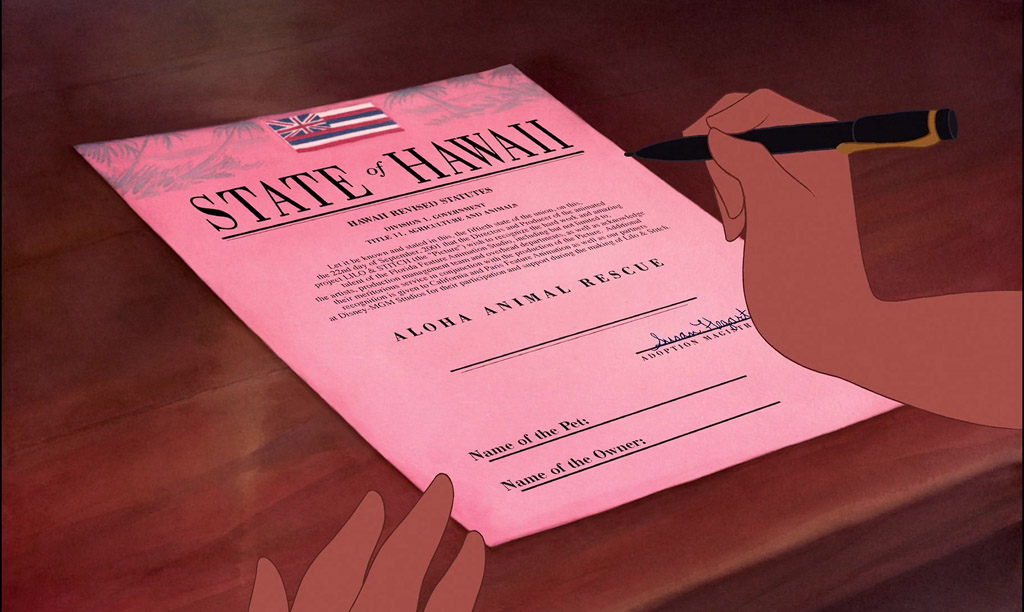 A contract shown during the movie is actually a commemoration to the movies staff. 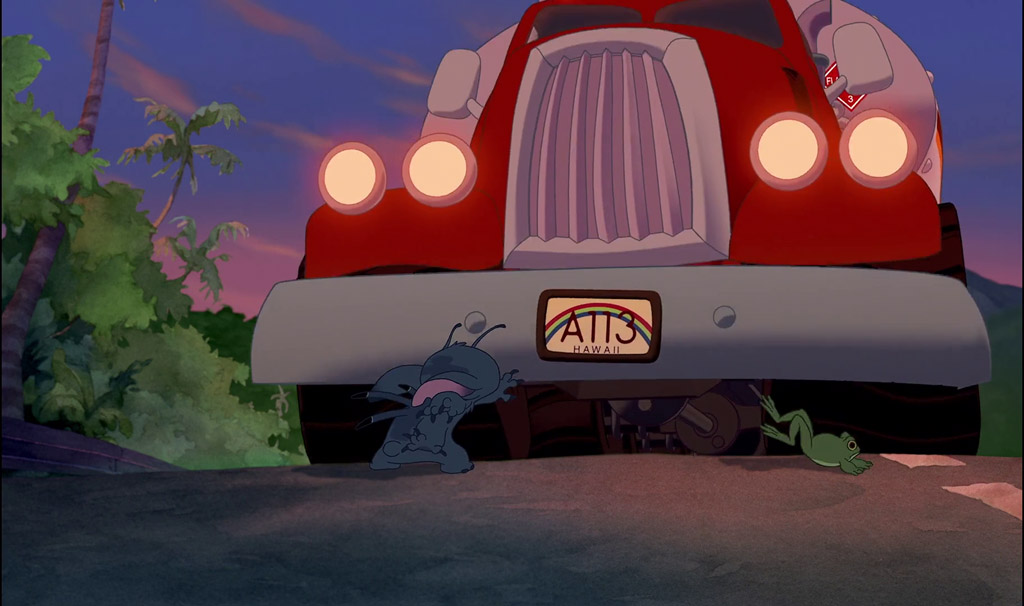 The famous A113 easter egg appears multiple times throughout the movie in the form of license plates. 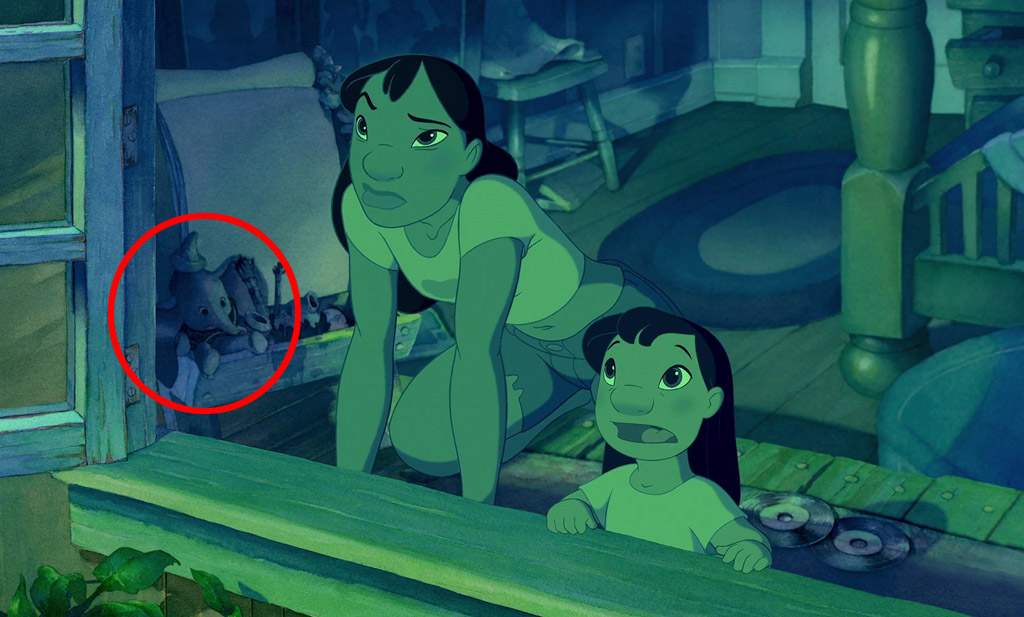 A Dumbo doll can be seen multiple times throughout the movie in Lilo’s room. 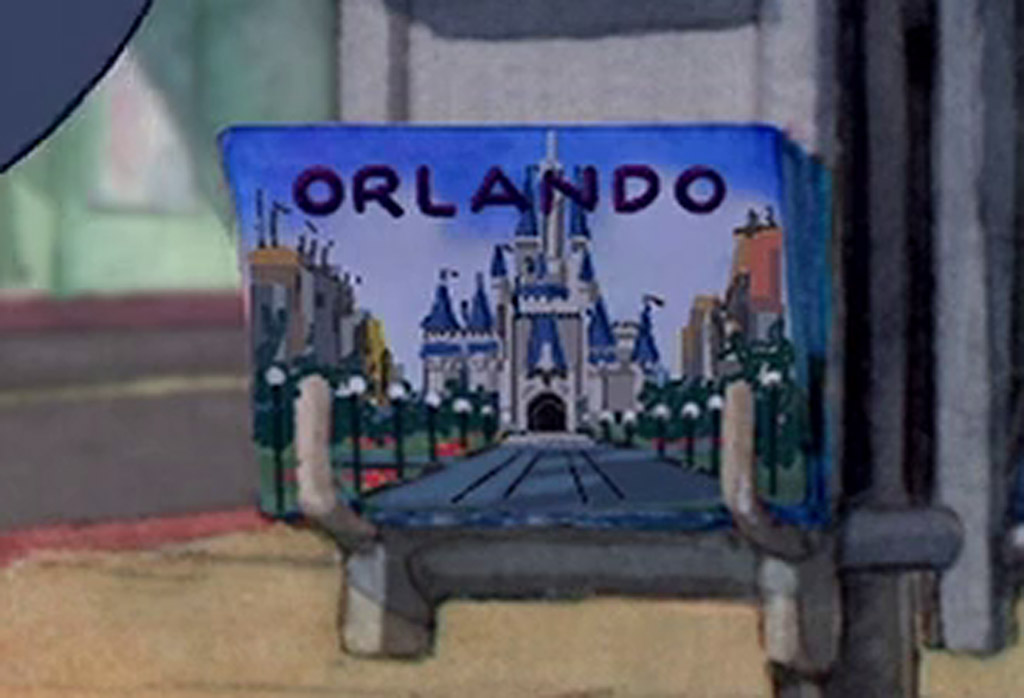 A postcard of the Cinderella Castle in Disney World appears during one scene in the movie. 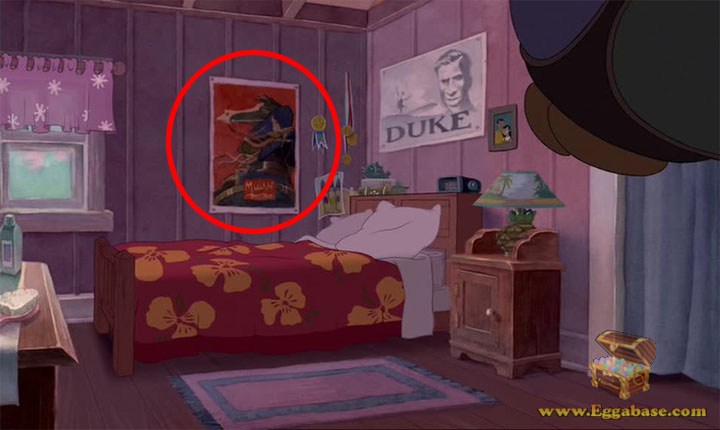 Throughout the first Lilo & Stitch movie there are multiple references to Disney’s Mulan which range from a poster on Nani’s wall to a restaurant named after the famed Disney heroine.

Lol, thank you for the kind words! I’m glad you enjoyed the site, hope you’ll stop back by in the future 🙂

I have another easter egg!!!

There were Winnie the Pooh references with characters in the control room space shiop that look like Tigger and Piglet.