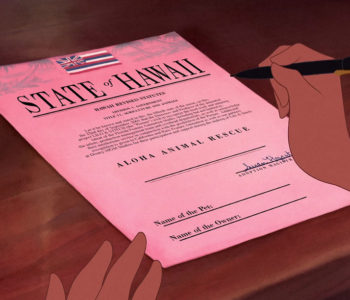 After Lilo picks out Stitch as her new pet at the local animal shelter, her and Nani wait to pay for Stitch as the shelter attendant prepares the legal documents needed to sell Stitch.

Though you will have to pause the movie and even zoom in if possible to get a clear view, the wording on the contract actually commemorates the Disney staff involved in the creation of Lilo and Stitch.

The contract also dates the statement as being made on September 22, 2001 which is almost 9 months before the movies official release on June 16, 2002. In addition to this, the contract is also signed by Susan Hegarty, Lilo’s voice actress.

The wording on the contract is as follows:

Let it be known and stated in this, the fiftieth state of the union, on this, the 22nd day of September, 2001 that the Directors and Producer of the animated talent of the Florida Feature Animation Studio, including but not limited to, the artists, production management team and overhead departments, as well as acknowledge their meritorious service in conjunction with the production of the Picture. Additional recognition is given to California and Paris Feature Animation as well as our partners at Disney-MGM Studios for their participation and support during the making of Lilo & Stitch. 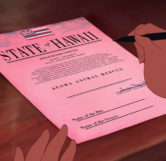 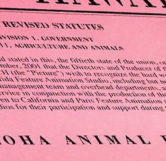