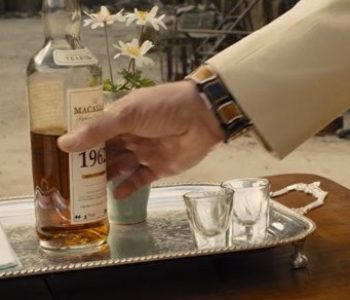 During the scene where Silva pours Bond and himself drinks there is a reference to the 50th anniversary of the Bond series on a wine bottle.

In Skyfall when Bond is on Silvas’ island and we see Sévérine (Bond’s girl/Silva’s representative) tied up against the statue outside, Silva walks over to a tray to pour Bond a glass of wine, as well as a glass that he’ll later place on top of Sévérine’s head.

When the camera zooms in on the tray, we see the year of the beverage is 1962, the same year the first ever Bond film, Dr. No was released. This is a direct reference to the 50th anniversary of the James Bond franchise as Skyfall released in 2012, 50 years later. 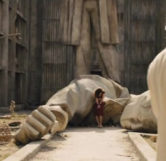 Siilvas About To Pour Scotch 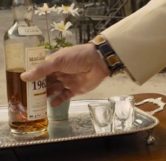 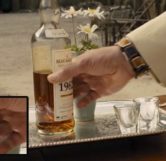