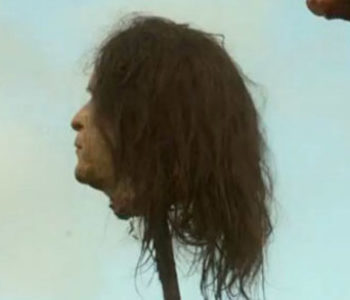 In limited DVD releases, former President George W. Bush’s head can be seen impaled on a spike during season 1.

About 10 minutes into Episode 10 of Season 1 (Fire and Blood), King Joffrey, like any good husband, takes Sansa Stark to gaze upon her father’s freshly decapitated head on a spike. In addition to his head however, there were a few more impaled as well, one of which seemed awfully familiar to some early viewers of the show.

Turns out the very familiar head perched up beside the deceased Lord of Winterfell belongs to none other than former president of The United States of America, George W. Bush.

Since it was the first season of the show, HBO had given the production crew a low starting budget (as is normal for new shows), meaning no money for fancy background props like the head of just some random guy; so they improvised and bought a bunch of already made prosthetic body parts.

Unfortunately, they accidentally used the former president’s head and even made the mistake of mentioning how they had used the prop in DVD commentary, which is how they attracted the attention of George Bush’s administration.

Shortly after the commentary got out, HBO and the production crew were accused of meddling in politics, humiliating and meaning disrespect towards the former president.

In the end HBO made an honest apology and sorted things out with George Bush and his representatives by also editing the head via CGI to smooth out the chin and sharpen the nose to remove any likeness to the former president.

These changes were then pushed to all newer DVD copies and all episodes airing on HBO since then, but those lucky enough to have acquired the episode or DVD before the easter egg was made public (June 2012) can still witness the easter egg first hand. 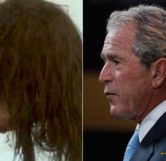 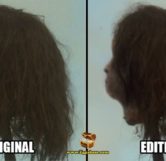