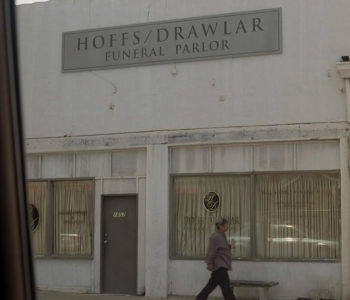 This easter egg can first be seen in Season 3, Episode 22 titled, "Through the Looking Glass". It is later seen briefly in Season 5, Episode 1 titled, "Because You Left".

At the beginning of the episode we see Jack park across the street from a funeral parlor named HOFFS / DRAWLAR.

HOFFS DRAWLAR is an anagram for “FLASH FORWARD”, a new plot device introduced in this episode where viewers begin to see glimpses of the characters futures as opposed to flash backs, which show the characters pasts.

An anagram is defined as follows: “a word, phrase, or name formed by rearranging the letters of another, such as cinema, formed from iceman.” 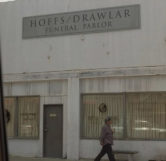 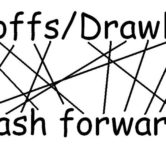