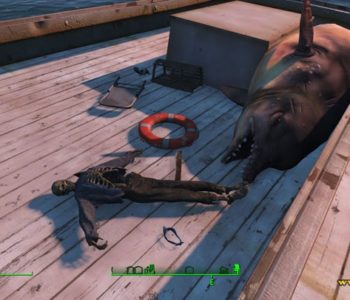 Quint and Jaws On Deck

This easter egg is found on the river South of the Cambridge Police Station.

Found almost directly south of the Cambridge Police Station, where you have your first meaningful encounter with the Brotherhood of Steel and meet Paladin Danse, players will eventually come to a river with a number of unassuming, abandoned boats.

On one of these boats, player will find a human skeleton and a bloated, mutated dolphin on board. This is a reference to the famous 1975 movie, JAWS and the scene it depicts is none other than when Jaws jumps onto the back of the boat causing it to slant and sending Quint the fisherman into the enormous sharks “Jaws”.

The easter egg is further expanded by the inclusion of some very important pieces of Quint’s character which are his blue bandana and signature machete that can both be found right beside the skeletons body which is also seen wearing a blue shirt and black pants, same as Quint did in the movie.

And if that wasn’t enough, below the boat itself you can find a shark cage, just like the one Hooper was attacked in before ultimately fleeing into the coral below. 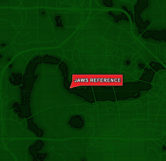 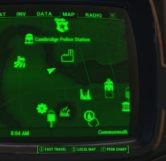 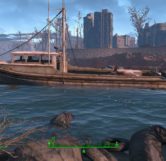 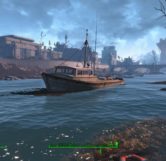 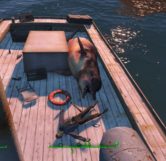 Jaws and Quint (Above) 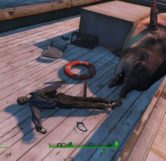 Quint and Jaws On Deck 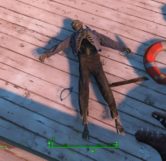 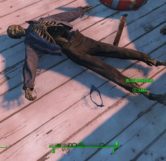 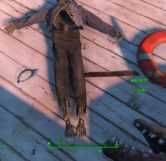 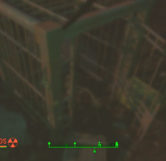