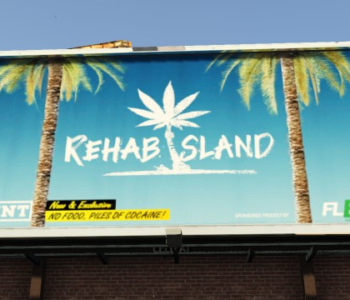 Throughout the game players can find a couple of advertisements for in-game reality TV show titled, “Rehab Island”. The logo for the show is a reference to the famous zombie game, “Dead Island” while the plot of the show is almost exactly the same as the real life television series, Survivor.

The easiest advertisement for the show can be found across the street from the Vanilla Unicorn strip club. It comes in the form of a large billboard and can be seen clearly during the day and night.

The logo for Dead Island and the in-game TV show are both the same except the palm tree leaf is replaced with a marijuana leaf, which can be seen on the billboard.

The second and more difficult advertisement to find can only be seen through an in-game television, as it comes in the form of a commercial.

Similar to the TV show Survivor who’s plot is: “The show maroons a group of strangers (as one or more tribes) in an isolated location, where they must provide food, water, fire, and shelter for themselves, while competing in challenges to earn a reward.” Rehab Island follows a similar plot but with the inclusion of narcotics.

According to the in-game commercial, “Rehab Island” is a reality TV show consisting of 10 cast members, a very small island and a large pile of cocaine. The cast members have been stranded on the island in an effort to break their drug addictions and must survive without food or water all while resisting an inevitable relapse. 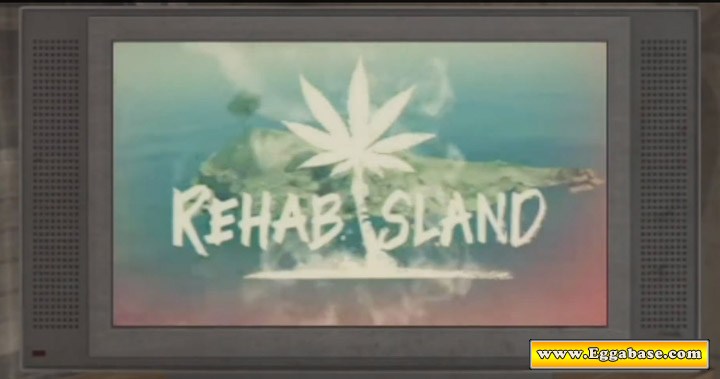 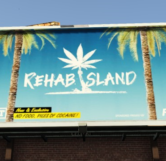 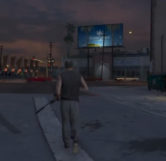 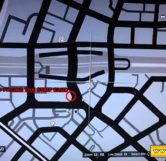 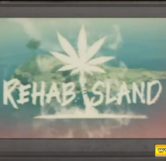 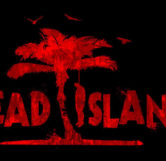