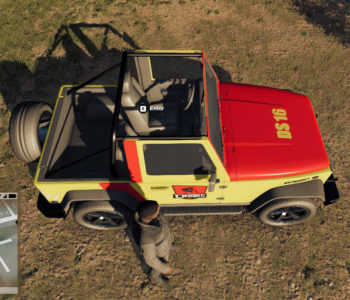 To get to this easter egg players will need access to the RC Jumper which can be obtained for free from a 3D printer in any of the Dedsec Headquarters.

Located on the eastern section of the map, in the Oakland region, players can find a unique vehicle called the Mountain King. Modeled loosely after the Jeep Wranglers found in the Jurassic Park movie series, the jeep has a few references to the movies.

If you don’t have the Quadcopter unlocked players can either unlock the “Enhanced Spring” upgrade for the RC Jumper, jump on top of a car parked in front of the gate, and then hop the fence; or unlock the “Environmental RC” perk and hack a nearby forklift that can lift your Jumper high enough to jump the fence in order to unlock the jeep.

While the Mountain King isn’t painted exactly like the Jurassic Park jeeps it references there are a couple of points which stick out such as:

2) Instead of having the jeeps number painted on the side the number is painted on the hood. Jurassic Park jeeps were labeled, “JP” and then had their respective number, whereas the Mountain King is labeled, “DS” for Dedsec with the number 16 supposedly meant to reference the year the game released.

3) If you look closely at the side of the jeep near the rear and at the rear itself, you’ll see a set of 3 claw marks. This is an obvious reference to the T-Rex chase in the first Jurassic Park movie, and this is why…

The Mountain King possesses a very unique horn, replacing the regular car horn with that of a blaring dinosaur rawr. When honking the horn not only will it cause the screen to shake, but it will also vibrate your controller if played on a console.

Aside from that, honking the horn for any amount of time (short or long bursts) will cause all NPC humans and animals in the vicinity to flee. Honking the horn in traffic will also cause the drivers of most cars (except for armored trucks, EMTs and some police cars) to stop the vehicle and flee on foot immediately. 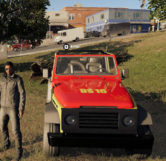 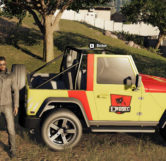 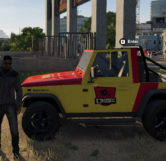 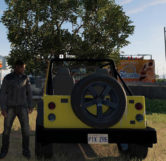 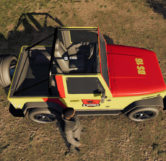 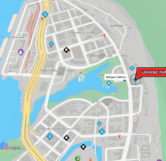